The title is the major change, so prior purchasers, thank you, but no need to purchase again. However, for those who have not read the book, this edition is priced at $1.99, which is cheaper than the original edition.

Re-Issue of Sword of the Undead Tentatively set for September 1, 2016

And here is the new cover. 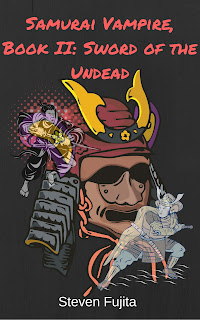 I like to write about vampires and zombies, and old-school werewolves and monsters are among the types of movies I watch.

But in 2012, I suffered an injury to the spinal cord.  Medical conditions are real horrors because they can happen in real life - that's why when people ask me what I write, many times, I'll say supernatural fantasy instead of horror - with the term supernatural fantasy, we know it is not real.  Vampires in the "Bela Lugosi Dracula" sense, do not exist.  But cold viruses that can wreck havoc on the spinal cord and respiratory systems do.  And I think it is important to combat illness, not only through research, but to share stories of how we battled and defeated those conditions.

I ended up writing a book about my recovery, and it went on sale last week.  Please check it out.

Here is the trailer for the book. I used the online software at Stupeflix.com.  A big Thank You to @Ellisshuman for introducing me to this site.

Here is the link to the book's page on Amazon:  Toe Up to 10K at Amazon 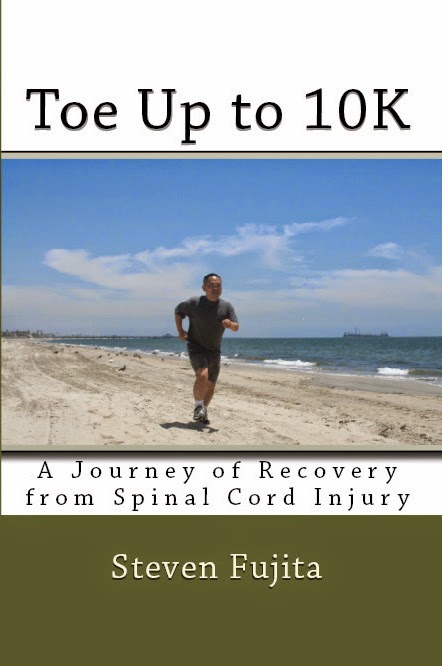 Now that my book on Spinal Cord recovery, Toe Up to 10K will be released soon - September 5 is the tentative release date for the eBook.

As far as the creative writing, I should be able to focus back on the supernatural fantasies.

I still plan on Kaze no Katsumi to be a main character, but I don''t know if he'll be the only viewpoint.  Whereas a couple of months ago, I was thinking of writing the book in first person, now I'm thinking it'll be in third person.

Thank you for your patience - it's been four years since the original novella was published.  I hope to finish this project soon.  There is one more Kaze no Katsumi story that I am working on, so I don't know if that will end up coming out before this sequel.

Another change of plans for the narrator

I have been struggling to complete the sequel to Sword of the Undead for the last few years, and of course, in 2012, I was hit with a spinal cord injury, which left me temporarily a paraplegic, and although much better (to a point that strangers will not guess that my spinal cord is damaged), I still spend a lot of time with my exercises.

Back in September 2013, I created a ninja character, Kaze No Katsumi, whose alter ego had suffered from transverse myelitis as a child.  Although recovered, he still needs to use a cane when he walks.

I am thinking now that he will be the main character who narrates the sequel, although Yagyu Jubei will still be Kageura's main component.

I am entering into the production phase of Toe Up to 10K, which is my book on my journey of recovery from spinal cord injury, so this is taking up most of my time right now.

In 1872, Jonathan Harker travels to Japan to inform Lord Hidetora Kageura that the castle he had commissioned to be built has been completed.  Leaving Harker left for dead, Kageura immigrates to the United States.  Harker's friend, Lucy, dies from a mysterious ailment.  Dr. Abraham Van Helsing determines Lucy died from a vampire's bite.  Harker returns to the United States, but now, Harker's wife, Mina, is the vampire's target.  In a dramatic re-telling of the novel, Dracula, Sword of the Undead introduces a new vampire, a Japanese samurai lord, and a new vampire slayer, legendary real life swordsman, Yagyu Jubei.

Click here to listen to a radio interview which aired August 16, 2011 (return visit to the one which aired Nov 2, 2010)
NOW AVAILABLE FROM
Amazon.com